There are now three generations of Leimroths working at Berrima Diesel in the NSW southern highlands.

When Reinhard Leimroth was sent to Australia by Robert Bosch in 1956 to troubleshoot ‘problem’ diesel engines, there’s no way he could have known that 60 years later he’d be working alongside sons Andrew and Scott, as well as grandsons Trent and Baden, at Berrima Diesel Service, the company he started in the NSW Southern Highlands.

Nor could Reinhard have known Berrima Diesel would become one of Australia’s biggest names in 4WD diesel tuning and repairs, also specialising in turbo installations, exhaust systems, DPChips, dyno-tuning and more. 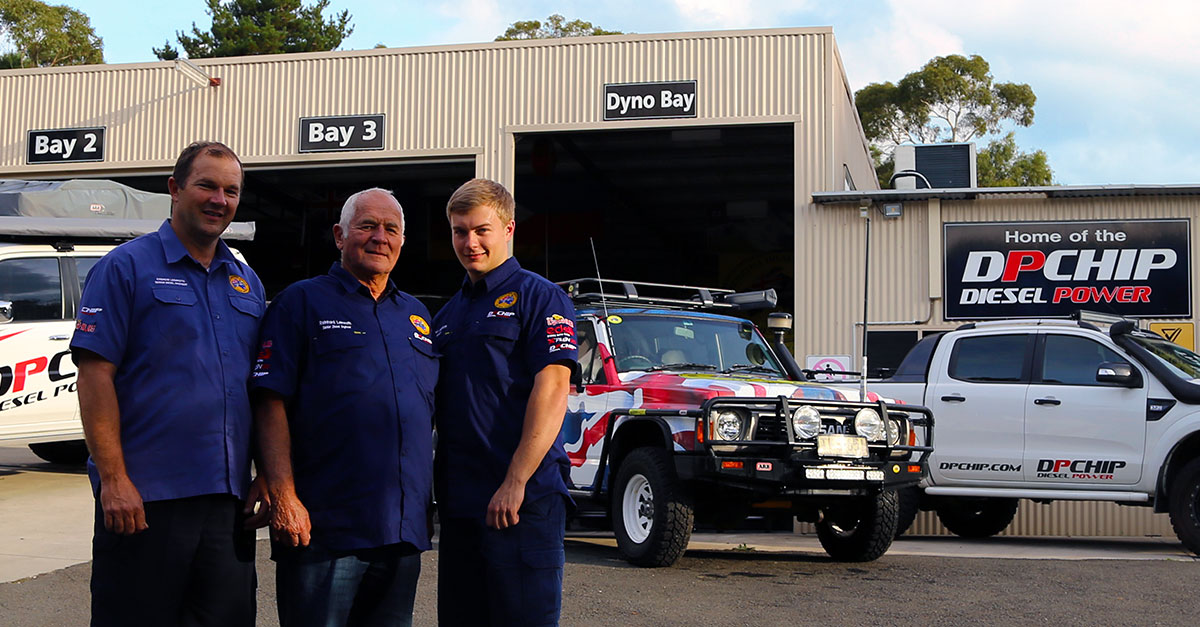 2016 marks Reinhard’s 60th year as a diesel expert, and it also marks son Andrew’s 30th year working alongside his dad. “I think we might be the only company in the industry with three generations working here,” Andrew Leimroth explained.

“It’s Dad’s 60th anniversary this year, and it’s coincidentally my 30th anniversary, because it was 1986 when I started working with Dad. So we’ve got 30, 60 and the three generations, so it’s a bit of a corker of a year.”

Initially, neither of Andrew’s sons intended to join the family business. “One did sports science and the other did a chef’s degree,” Andrew said. “They love all that, but they said, ‘We want to be in the business’, so Trent [22] came in at the start of the year – he’s doing his apprenticeship and goes to TAFE – and Baden [20] is a chef by trade, but they’re both getting into the business. They’ve both got a passion for vehicles, they always have, and so here they are.”

Andrew’s brother Scott is studying at Wollongong University, but he’s still involved with the family business, looking after the marketing side of things and manning the DPChip stand at 4x4 shows around Australia.

“Scott is doing a marketing/psychology degree, so he’ll probably have a bunch of wonderful brainwashing ideas to use when he’s finished,” said Andrew with a laugh.

2016 has been a momentous year for Berrima Diesel Service, but it hasn’t all been plain sailing. The company has been involved in a tussle with the local council in regards to a change in zoning, which could have it forced to change locations, or even close altogether. Fortunately, the council saga appears to have been resolved, which is just as well for this growing business and the community in which it operates.

“There’d be a good 12 or 13 people working here now,” Andrew said. “So we’re a big local employer, and we all spend money locally. And Jimmy, our Filipino mechanic, well he’s Australian now – he’s got his family coming out here… I mean, we contribute a lot, and it all just continues to grow.”