That saying really rings true when modifying the inlet or outlet tract of a new age diesel.

Increasing performance in your touring rig would have once upon a time started with a high-flowing air filter like an oiled foam type. This increased airflow came at the cost of slightly more contaminant entering the engine. In an old chunky diesel that wasn’t a real issue but new diesels have an array of sensitive sensors and valves in the inlet tract and these can get affected and make your diesel run worse in the long run.

Let’s start at the air mass sensor. This device measures, with amazing accuracy, the volume of air entering the engine and can also read the level of restriction of that air flow. It’s designed to read a minimum and maximum flow at exact points in the engine rev and load range. Changes to the airflow characteristics, from a less restrictive air filter or increased piping size, can have a dramatic effect on its ability to tell the engines computer what’s going on. Problems here can include an actual drop in low end performance. 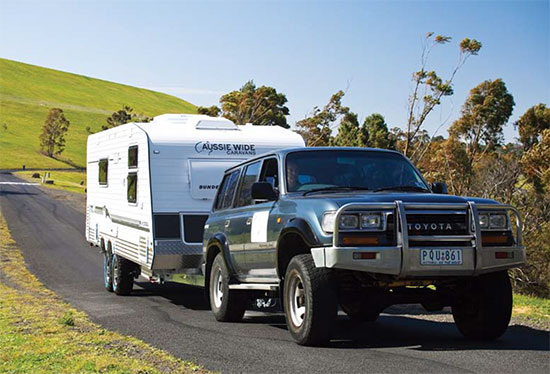 Setting the turbo boost up higher was once a ‘no brainer’ to grab more power but now can lead to various issues including cutting out engine power. Turbo boost is closely monitored to align with engine revs, load and even throttle position. Increasing turbo boost will have effects on the amount of air passing the air mass sensor. If this air volume goes out of range the engine can be forced into a ‘Limp Home’ safety mode.

Larger exhausts have quite dramatic effects on the air volume that will pass through an engine. Most modern turbos are also computer controlled to perform with exacting precision so as to maintain boost levels at predetermined points throughout the rev range. If the characteristics of the boost range vary too much, due to a larger exhaust, then the engine computer will reduce the engine power to a ‘Limp Home’ condition.

All in all, making modifications to computer controlled diesels can have ramifications that may give negative results. This can also lead to huge bills to diagnose a problem that may be as simple as a wrong filter. If you are contemplating modifying your diesel for more power, then seek the advice of a diesel expert that will be able to recommend modifications that work ‘In Sync’ with your engine.