Reinhard Leimroth was trained as a diesel technician by Robert Bosch in Germany in 1956. He has been working on diesels since that time and loves nothing more than to talk about diesel and share his passion with others. He was sent to Australia as a troubleshooter by Bosch in 1960 and was based in Sydney. His troubleshooting and specialist diesel skills meant that he traveled throughout the country to many unique places solving diesel problems that others could not. Such jobs included getting large road train trucks moving again in the central desert to repairing large ship engines on Sydney Harbour and tuning Naval Patrol boats for increased performance. He was also manager of a large diesel workshop and pump room in western Sydney for many years before moving to the historic township of Berrima where he set up the business ‘Berrima Diesel Service’.

Andrew Leimroth was born in 1968 and loved pulling things apart and putting them back together from an early age. He followed in his father’s footsteps and studied to become an automotive technician upon leaving school. He achieved national recognition awards during his mechanical studies and is Australia’s premier turbo installer having personally fitted 3 turbos a week for the past 20 years. Andrew is now the CEO of AWDTech, the parent company of Berrima Diesel Service. 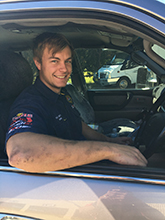 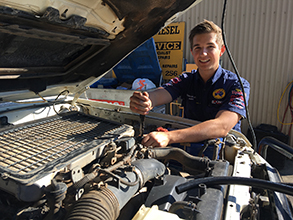 Trent and Baden are Andrew's son, they are professional diesel mechanics. 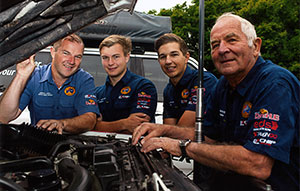 Reinhard and Andrew are the original ‘Diesel Gurus’ specializing in the ‘Black Art’ of diesel fuel injection and are recognized worldwide amongst the 4WD community.

Reinhard and Andrew are a father and son team. Reinhard was born and trained in the fatherland of Diesels, Germany. He trained with Bosch Germany and still employs all the original repair principals.

We specialise in all aspects of 4WD diesel fuel injection including specialised injector servicing, fuel injection pump tuning, and turbocharging. Berrima is Australia’s leading 4WD Diesel Turbo Centre. We have a range of “power up” options available for all factory turbo diesels 4WD’s including the Legendary ‘Plug’n’Play power-up module for NEW Electronic diesels. We have an excellent reputation for our remedial work with problem diesel vehicles, such as those that smoke or lack power, and numerous articles discussing our ability to rectify such problems have appeared in the major 4WD magazines such as Overlander, 4X4 Australia, Caravan World, TRUCK, Wanderer, and 4WD Monthly. We have diesel vehicles brought to us from 4WD manufacturers such as Toyota, Nissan, Mitsubishi, Ford, Mazda and Land Rover and have performed specialist work for Government departments such as Australian Defence Force, NSW Police and numerous State Fire Brigades!

With over 50 years experience in the industry, our satisfied customers come from all corners of Australia as well as internationally, as we can provide a level of service not available in their own areas. Once they have experienced the Berrima Diesel Service, they find that owning and driving a diesel vehicle is no longer a chore but is, in fact, a pleasure.

We guarantee you will notice an improvement in your vehicle after it has had the Berrima Diesel treatment. So, next time you think Diesel THINK BERRIMA DIESEL!