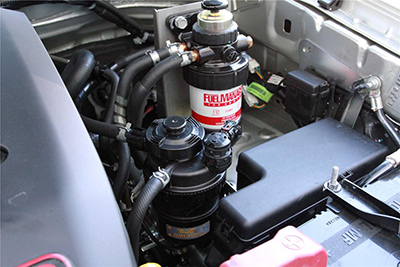 Most 4WD's have fuel filters which are specifically designed by the manufacturer so that only one type of element can be used. These filters are supplied to your vehicles manufacturer by the vehicles fuel injection system manufacturer. Naturally, these are more expensive than volume-produced fuel filter elements. Therefore 4WD owners are faced with high-cost replacement filter elements for their vehicles. As a solution to this problem Berrima Diesel has produced a range of adaptors to suit most popular 4WD diesels. These specially designed adaptors allow owners to use a widely available, Lucas/CAV designed filter element, while preserving the standard filter head with its primer plunger. These filters are OE/OEM type as Delphi/Lucas is a fuel injection system manufacturer.

An example of bad fuel due to poor filtration: 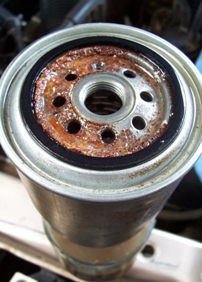 Poor fuel is an ever increasing problem in this country. If you're doing a lot of travelling and buying fuel from lots of different suppliers you never know what you'll get.

A number of problems are common due to poor fuel quality such as:

The Berrima Diesel adaptor ring is simply screwed into place on the standard filter head and then the Lucas/CAV element is simply pushed on. A threaded rod on the adaptor is used to retain a glass bowl at the base of the filter, allowing the owner to check for the presence of water or other fuel contamination. As we say, "You can't see through the original steel filter!" The bowl can be drained by simply turning a wing nut at the bottom of the bowl. The advantages of the Lucas/CAV filter element compared with original or other after-market filters include a much lower price (around $8 instead of up to $90) and availability virtually anywhere in Australia. Although originally a Lucas/CAV design, the element can also be replaced with similar units such as those produced by Fleetguard, Bosch or Framm. 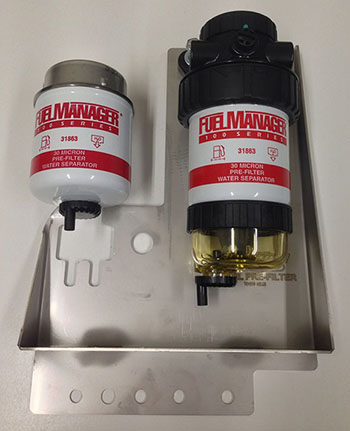